Emi and Suzuno end up helping Maou and Chiho in sorting out and selling Miki-T’s packages from Hawaii in the neighborhood bazarre. Sarue, the SFC manager/angel, who tells her to stop hesitating and immediately kill Maou, confronts Suzuno. She remembers her dark past serving as a tool of the Church to achieve humanity’s peace. On their way home, Suzuno informs Chiho about her true identity and her mission to kill Maou. Chiho protests and Emi sides with her, much to Suzuno’s distress. Sarue reveals himself to Emi and defeat her while Suzuno knocks Chiho off. With Urushihara’s information, Maou learns that the girls are in trouble and he is on his way to the city hall to save them.

Things got serious in maou-sama! this week and the much awaited plot progression are finally here! After dragging its concept for so long, we are now at the climax of what I assumed as the second volume of this show’s LN.

We are still dealing with the same issue before: Killing the Demon Lord. During the first arc, it was Emi who is having some second thoughts regarding Maou. But as she spends her time with him more, she is getting more and more trustful to him. Well, not that much but we can see the improvement. Now, it is Suzuno’s turn. It is quite repetitive, yes, but it is taken to another level. 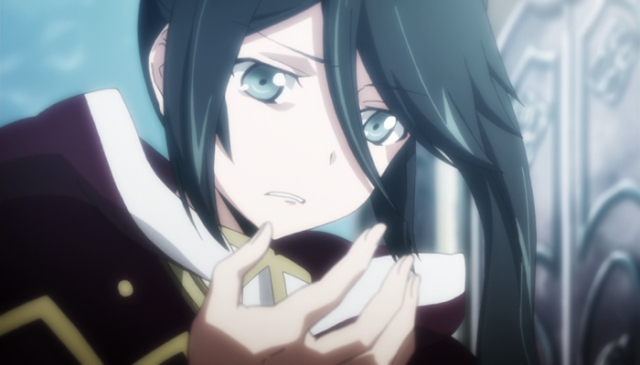 She already bloodied her hands…

The drama and the tension this week are greatly handled especially the confrontation of the three girls. If I were to put myself in Suzuno’s shoes, I think I will say and think the same way as her. Yeah, from what we have seen in this show, Maou is a good guy. But we never had the chance to know his past as the demon king. The same goes for Emi, Chiho and Suzuno. Chiho sees him as all positive, blinded by her infatuation to him. But that’s also how we view him right? Suzuno, on the other hand, is doubtful of all his actions. She thinks that all of the good things he has done so far are all part of his master plan. Emi is siding a bit with Chiho on this matter. She admits that she’s not yet ready to kill him because it’ll cause pain to her friend and by doing so ruins her concept of peace. No need for sacrifices, all should be happy. That conflicts with what Suzuno has done all her life. She’s been killing off people to protect peace. They serve as a sacrifice to achieve it. Of course, it’s hard for her to just accept Emi’s ideals because by doing so she’ll think that instead of protecting peace, she has become an evil executioner.

One of the cutest Maou faces!

The show doesn’t forget to add up some comedy here and there. It somehow lightens up the mood despite the fact that it’s not that funny. But the epic faces are still epic. Anyway, I still wonder what’s Miki-T’s role in all of these. But as I can see in the changes in OP, she is omitted so maybe her “role” is still in the next volumes. Also, it was confirmed that it’s James Sarue who attacked Yusa in the convenience store. Apparently, he’s an angel sent to free Emi of the burden of being a hero. 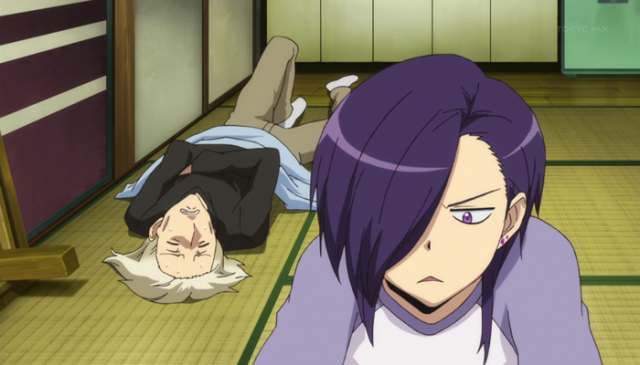 Let us expect some great actions next week! Orba is now in the picture so I wonder what will Lucifer do. He’s been useful to Maou recently as he’s the most perceptive in the group despite being a NEET so it’ll be a waste if he’s going to betray him once again. And oh, Ashiya is in the same hospital so I expect that he’s the one who’s going to deal with Orba. Enough with that LBM please!